Living In A City of Immigrants: Dismantling Anti-Immigrant Ideas

I don’t live in Alabama anymore. I live in New York City in a rehab hospital now. This song, “City of Immigrants” really captures the heart of this city (and I love folk music).

Hat tip to Mark for pointing out this video!

This is a great city, and probably the most diverse on Earth. As an avid observer of humans sent from another planet, I find this place fascinating. The song’s line “all of us are immigrants” couldn’t be more blatantly true as it is here in this hospital.
NY residents from earlier waves of immigration are evident; I see Irish people and Italians. and a lot of black Americans who left the South seeking jobs post-slavery. Moving among them are newer immigrants. I’ve met lots of Jamaicans and people from Trinidad, and some Haitians. The most competent respiratory therapist in this unit I think is Haitian. The doctor for this unit is a Russian woman. and the social worker for the unit is Russian also, the VR counselor is Russian, and the aides for the ENT and the dentist are Russians too. There was a Russian language newspaper lying around. There are people from Spanish-speaking areas and bilingualism is widespread (I did fairly well in Spanish in high school and college and it’s coming back to me enough that I can usually get the gist of what’s being said en espanol). There are lots of Hindus and Pakistanis here. I’ve met two Arabic respiratory therapists; one is a big guy with a Goliath beard. One nurse I think is Korean. And LOTS are Filipino. It’s not uncommon to hear a nurse shouting something in Filipino in the distance. In this unit, the night nurses are almost always the same two Filipino women.

It’s endlessly interesting for me to meet people from different parts of the world every day. It’s also evolved how I think about immigration. I’ve heard a lot of anger back home that immigrants “won’t learn our language.” My time in New York City has already shown this complaint to be false. Everyone I’ve met who works in this hospital, despite being from all corners of the globe, has a good command of English. I’ve learned that, if necessary, any situation that requires English, will use a sort of “natural selection” to get English-speakers. The fact is, someone not fluent couldn’t last in a fast-paced, demanding hospital environment like this (in patient care at least) and those who adapt are the ones you see able to work here. This proves to me that people will gain fluency in English when they need to, language barriers naturally self-correct when necessary, and that all the fear-mongering about English being displaced and demands to ram “English as an official national language” down everyone’s throat are unjustified and look kind of dumb in light of what this hospital is actually like.

Yes, immigration can be problematic, especially when corporations use it as a weapon to shave wages to the bone, break unions, and displace locals economically (the practice in recent decades of laying off whole groups of local workers and bringing in Mexicans for below minimum wage to run entire factories has created acute resentment in the working class that may take generations to heal.) But that’s a problem of corporate scumbag behavior, not the immigrants’ fault.
Though it’s sort of a stereotype, I’ve found that many of the immigrants working here really are less complacent, more adaptive and want to work harder than the Americans I went to high school with who often simply do not care. I think immigrants should be welcomed. And we need to reexamine our anti-immigration policies, because America is facing some serious demographic challenges. In short, we are on the precipice of a major collapse as waves of “baby boomers” retire and there are only a scant few from my own “millennial generation” able (or, frankly, willing) to replace their parents’ skill sets, and we don’t seem to want to let in more immigrants to fill those shoes.

I keep thinking, if you really hate immigrants, how would you hack it in a place as diverse as New York City? How would you even decide which group to oppose on a given day? Jamaicans? Mexicans? Are the Russians the real problem today? With so many ethnic groups, you’d need something akin to a medication day planner to efficiently manage your diet of hate. 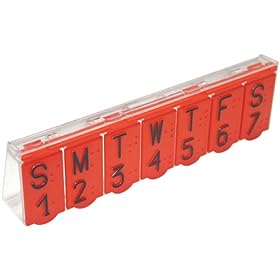 On Sunday, hate Arabs, Monday and Tuesday hate Hispanics, Wednesday hate Indians, Thursday hate Haitians, Friday hate Jews and on Saturday hate Russians?? Is that how it would work? Heh!

“All of us are immigrants”

In New York City, I’m very aware I AM an immigrant too. And not just the fact that much of my family tree came from Europe to Ellis Island. I grew up in The Port City: Mobile, Alabama, and though it’s quite diverse too, it is lightyears apart culturally, socially and technologically. Since I’ve visited NYC before, I’m not feeling “culture shock,” per se, but it is like being in a whole new country (though a much needed change). I’ve often found myself starting sentences with “in my country, we don’t…” because they do things so differently here.

But regardless of location, I’m used to feeling like an alien. My weird background and unusual way of seeing things makes me feel like an immigrant from another planet a lot of the time. And I feel this place is right up my alien alley, what with this often random, sometimes bizarre hospital environment, and with me speaking with a thick ventilator accent which only one here (my girlfriend) can consistantly understand.
Yet. I can’t remember the last time I’ve felt so much happiness and hope as I do here.