It’s true. Lots of what’s on TV is just unbearable.

Here are some shows to avoid at all costs:

This show is about a Houston task force of U.S. Marshals who chase the most dangerous, most wanted fugitives in Texas. But unlike most crime dramas, where you’re rooting for the cops, with Chase, you’re rooting against the cops just as much as the criminals; the U.S. Marshals are every bit as unsympathetic and unsavory as the fugitives. In the pilot, they’re breaking doors off their hinges and intimidating the mom and fiancée of a suspect like freakin’ thugs.

Maybe that’s an important commentary on what law enforcement has become in the 21st century, but it isn’t fun TV. The lead character, Annie Frost (played by Kelli Giddish from All My Children) lives up to the “frost” name, because she’s a frosty, cold shell of a woman with all the human warmth of an Arctic winter. I turned this show off after less than 15 minutes; it was that unappealing. Avoid this.

This is a remake of CBS’ original Hawaii Five-O series (1968-1980), trying to make it slick and hip for the new era. Problem is, it’s not that appealing because it’s layered in cheese. The episode last week was a good example; it centered on a kidnapping of a business leader who was about to expose security threats to Hawaii and nearby naval forces. Grace Park (formerly an awesome performer on Battlestar Galactica) is an actress of Korean extraction, unconvincingly portraying native Hawaiian rookie cop “Kono” on the Hawaii 5-0 team (no CBS, Korean people do not look like native Hawaiians! How dumb do you think we are?!) 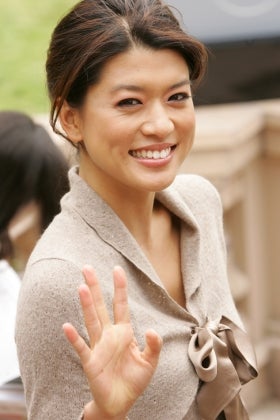 She (Kono) is guarding the kidnapped CEO’s young son, when suddenly she finds a note in a foreign language on the kitchen counter. The CEO’s white, normal-looking girlfriend is behind the kidnapping! It’s what we least expected! The white, model-looking girl sees Kono (Grace Park) uncovering the secret plot, and reveals she’s actually evil and has an incredibly fake Russian accent and she ambush attacks Kono in the kitchen! They start an epic martial arts battle! The girlfriend slams Grace Park’s face into the kitchen counter, and then they karate each other ferociously and crash fakely through fake bamboo and end up poolside. Then the girlfriend, who’s evidently secretly been an enemy commando, knocks Grace Park into the pool and Grace Park spins horizontally, dramatically like a figure skater in a tight twirl or a phony Matrix parody. Soon we end up inside the white terrorist/mobster lair (Dano mentions they’re Serbian cyber-terrorists? LOL) and Grace Park is tied to a chair along with the CEO dude and now his preteen son, too. The dude’s white model girlfriend is carrying some giant carbine or something, half her size, and pointing this weapon at the hostages and pacing menacingly and angrily spitting threats in her fake Slavic accent “you’re going to die! only matter of time.” The ridiculousity line has been crossed. I start openly laughing at the show. Laughable isn’t what CBS was going for at all, but they got it in spades. Grace Park is a great actress, capable of some awesome dramatic performances, and I’m sure she’ll look back on this Hawaii Five-0 part of her career with intense regret.  :-/

The TV review blogs HATE this show; they reject it as a blatant, heavy-handed rip off of 24 and Lost and are just savaging it. The discerning nerd audience at Comic-Con

The backlash is probably because it was hyped heavily to the discerning nerd audience at Comic-Con in July, and then the pilot seemed like one long trailer for a pilot and the epic “event” the plot revolves around doesn’t actually occur in the pilot, so it failed to meet those high Comic-Con expectations (note to NBC: don’t write cheques your ass can’t cash). The reason people cared about the elaborate mysteries in Lost was they cared about the characters and their backstories and what will happen to them; THE EVƎNT pays little attention to characters but expects us to care about the half-dozen complicated, interconnected unanswered mysteries they’ve presented? FAIL! Listen up NBC, people don’t watch undeveloped characters they don’t care about, especially when you gotta break your brain on mysteries; that is the reason THE EVƎNT got crushed in its time slot, coming in third behind ABC and CBS. Third-place won’t pay THE EVƎNT’s big stunt and special effects budget and fat salaries for Blair Underwood and Laura Innes, so I expect NBC to pull the plug fairly soon. I was rooting for a show from the internets to do well, a lot of us were. But this show is just terrible. The canned laughter, the laugh track, sounds so incredibly fake, and it’s really unbearable to hear it over and over and over and over. The jokes are very forced, and fall flat. Nothing funny here. Avoid.

Not only is this show awful, the worst premiering show of 2010, it’s the worst premiering show I’ve witnessed in YEARS. Sweet Lord, this show is atrociously, hilariously awful. Plan 9 from Outer Space bad. It’s the first drama ever produced by Conaco Productions, Conan O’Brien’s production company, and it often verges on comedy, albeit unintentional. Most everything in the pilot is preposterous and impossible; it just can’t happen in real life. Jimmy Smits plays Cyrus Garza, “the most conservative justice on the Supreme Court,” and son of fictional Latino civil rights activist Francisco Garza who worked alongside César Chávez. After Francisco and Cyrus’ car crashes, and only Cyrus survives the accident (implausible plot device #1) Cyrus randomly sleeps with a random (beautiful model) ACLU protester and suddenly does a 180 on his bedrock political beliefs and lifelong legal philosophy and he resigns from the Supreme Court to become a liberal activist lawyer, defending the downtrodden and dispossessed–pro-bono–against “the system” that he spent his career bolstering (outrageously absurd plot device #2). He gives a nonsensical speech about how he’s resigning because the role of the Supreme Court is upholding the law and defending “the system,” and he wants to challenge the law for people “the system” doesn’t work for and blah blah blah blah blah, while sitting in open session on the bench with the other justices (really implausible). Then he becomes the defense attorney for Greg Beals, the death row inmate his own Supreme Court opinion gave another chance to (very implausible). Then he is somehow able to use the majority opinion he himself wrote, Beals v. Pennsylvania, as precedent to introduce new evidence to exonerate his client…Beals. The legal impossibilities just stack higher and higher until it becomes a kid’s cartoon of the judicial process.

The women characters are just as “profiles in preposterous,” even bordering on offensive with the female cliches. Cyrus is a chauvinist pig who womanizes blatantly. First, a random liberal protester who angrily protests and denounces him for being neutral (“I’m Switzerland!”) about the Beals case, and, of course he ends up in bed with her.
Second, his legal aide from the Supreme Court, Mereta (pictured above) overhears Cyrus’ bookie telling him he has to have all his hundreds of thousands of dollars in gambling debt paid in full within three months, and because in this show women are dim-witted, she thinks that this means Cyrus has three months to live. Later, she interrupts Cyrus talking to the death row guy’s girlfriend and the rest of the 4-person legal team by the courthouse stairway and, in front of everybody, desperately throws herself at him! She’s all “Now that I know the truth you’ve only got three months left, we can focus on what really matters. I LOVE YOU, CYRUS!” It’s a failed caricature of a woman, a failed attempt to twang romantic heartstrings, and reinforces negative stereotypes of women and negative stereotypes of people with terminal illness.
Third, Cyrus’ private investigator “Lucinda Pearl,” a caricature of a sexy, bisexual leather cyberpunk chick in knee-high boots who’s always doing something extremely brazen sexually like taking her top off to distract guards so she can swipe info, and teasing Cyrus’ chief clerk with single entandres and popping her gum.
Come on man, can you get more blatantly ratings-whoring than this, with such exaggerated, fake, cartoonish, borderline degrading characters? It’s like the pilot’s creators don’t have a wife or daughter or any woman they respect in their lives. What’s it say about American culture today that this one-dimensional, shock-jock type caricaturing is how we view women?

The most realistic character in the show was Mereta’s (apparent) Corgi mix. Whatta good dog!

Just as fake as the characters were the sets. The pilot opens with ridiculous paper mache bricks on the “prison.” Later, Lucinda goes to a crime scene with a skeleton that looks so fake it had to come from Rite Aid halloween clearance. Jeez, NBC! Fund your pilots, otherwise Conan’s company is gonna keep the C team on sets.

Don’t take this show seriously; you’ll end up offended. If you’re going to watch this drek, put on your LOLLERSKATES and get in your ROFLCOPTER because this clunker is layered in (unintentional) hilarity; you will ROFL, indeed.

Other good reviews of Outlaw:

Collider TV Review: NBC’s OUTLAW (“painstakingly exaggerated” “veritable treasure trove of cliches” “searing pain that runs through my leg (and the rest of my body) when I think of all the resources wasted on a show like this”)

Discerning readers will note that the network responsible for the most shows on my “avoid at all costs” list is NBC. This network seems hopelessly mired in creative, programing and financial FAIL. Time for some serious soul-searching at 30 Rock, dudes, and at Comcast HQ too….

For my list of newly premiering shows actually worth watching, read my previous post, What New Fall TV Shows To Watch (2010) Spoiler: nearly none of them are from NBC.

If you have other shows or other things you want me to review, put it in the comments!