WHAT DO WE WANT?

My 9/11 anniversary post is focusing on the new WTC towers in the works now. Click here for new photos of the construction.

We want that first tower up ASAP! (first dubbed the “Freedom Tower,” then changed back to the original “One World Trade Center” name, for what I think were specific marketing reasons).
It would be a wonderful thing aesthetically, economically, and amazing for morale here in Lower Manhattan and the U.S. in general. It’ll be a great day when we can finally say “enemies knocked it down and we rebuilt it right back even better!”

The important WTC reconstruction is controlled by The Port Authority and lease-holder Silverstein Properties, Inc.. The numerous delays in the reconstruction have been caused by, fundamentally, the conflict between the market and government (Silverstein Properties, Inc., vs. the Port Authority). Silverstein doesn’t want to build any towers unless there’s market demand sufficient to make each one profitable (i.e. corporate anchor tenants who promise to occupy a good part of the building) whereas the Port Authority, a government agency immune from market pressures but under enormous political pressure to get towers built ASAP, just wants the WTC reconstruction completed for the public good, but sucks at getting things done because it’s an unwieldy bureaucracy run by committee. The process has been complicated by the acrimony between the parties; instead of just restating that he doesn’t have the necessary market demand, Mr. Silverstein has often sniped at the Port Authority (a bloated and inefficient bureaucracy trying to turn around an ocean liner and build skyscrapers makes a VERY easy target) and the Port Authority has often attacked Silverstein’s endless delays, even suing him for not beginning construction on every tower as he’d promised. The many snags in planning and financing the new towers (5/6 of them yet to be completed) have made the two sides look like petty, squabbling children, and the mayor and governor occasionally step in to make them play nice “or I’ll stop this car! I swear it! don’t you make me stop this car!”

The construction on the other towers isn’t visible above ground level yet. According to Mr. Silverstein himself, Tower Two may not be in the cards in the foreseeable future; the new agreement calls for important underground parts to be finished, leveled off at street level and just left that way until Silverstein decides “market conditions” justify building Tower Two. Given the fact that owners of existing office buildings can’t sell their office space at current prices (almost 15% class-A commercial office space vacancy in Downtown Manhattan) and would rather suffer abnormally high vacancy rates than bring their rent prices down to sane, reasonable levels, the future looks bleak for the beautiful Tower Two design. Real estate moguls are already panicking that just the space added by One World Trade Center/Freedom Tower, expected completed in Q2 2013 and open for business in Q4 2013, will push the downtown vacancy rate for class-A office space to 20.6% (hat tip, New York Observer). That’s just Tower One, the impact of Tower Two is inconceivable for downtown money lords, who want prices to “recover” to the ridiculous heights seen during the last bubble. In short, the “invisible hand of the market” gives the finger to building Tower Two because of the manipulation of the INVISIBLE FIST; it doesn’t want any more vacant office space that could put downward pressure on rents and result in fairer prices. They want to keep supply low so rip-off prices can continue. I think that SUCKS. The Tower Two design is such a stunning, gorgeous centerpiece to the whole WTC block, an essential counter to the Statue of Liberty-inspired “Freedom Tower,” that I can’t imagine the WTC without it! See models and CGI renderings of it here. We need Tower Two! 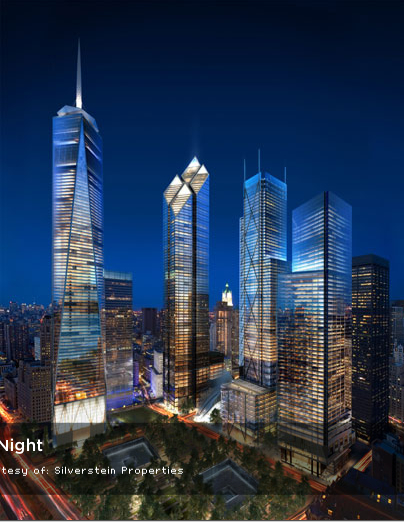 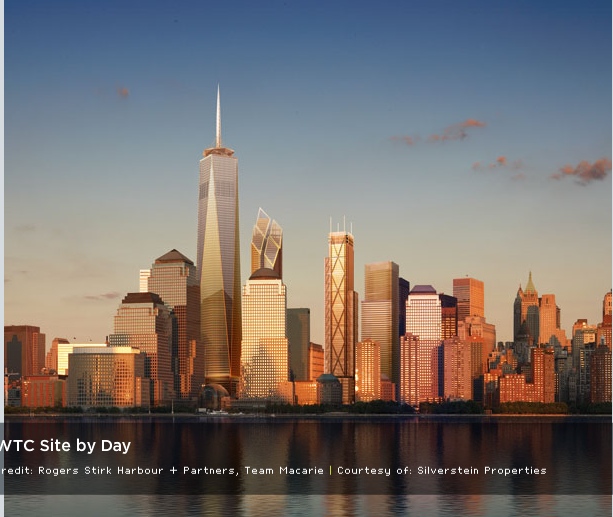 The WTC site just doesn’t make sense without Tower Two. We need Tower Two! If people don’t want commercial office space, they could convert it to recreation space (a movie theater!) and/or a performing arts center and/or a hotel, or even apartments! it doesn’t have to be 100% office space! Lower Manhattan has great needs for more facilities and services; Tower Two should not be scrapped!

Speak out, comment below! Should the “invisible fist” decide? Or should government override “market conditions” and build the entire WTC site, all 5 planned new towers, as (awesomely) designed by Daniel Libeskind and David Childs?
Please comment!

PS
Here are some great links if you want to learn about the new WTC towers planned for construction.