UPDATE: Apparently the Top Search term leading people to my blog is still “griffin.”  If you’re one of the griffin-seekers, Welcome! feel free to browse, there are lots of posts here, lots of history essays, on everything from Chinese history to the weird story of top-hat gangsters taking over 1850s Baltimore.

Without further ado, here is my June 25, 2007 post on the history of the griffin and its potential dinosaur origin story!

I saw this thing on the History Channel the other day about the origins of mythic creatures.

Scythians spread the legend of the Griffin, and Griffin stories quickly spread to Greece and throughout the ancient world, even to the Jews. The Torah says don’t eat griffins (always good advice). The “New Testament” uses a griffin as a metaphor for Jesus or something. 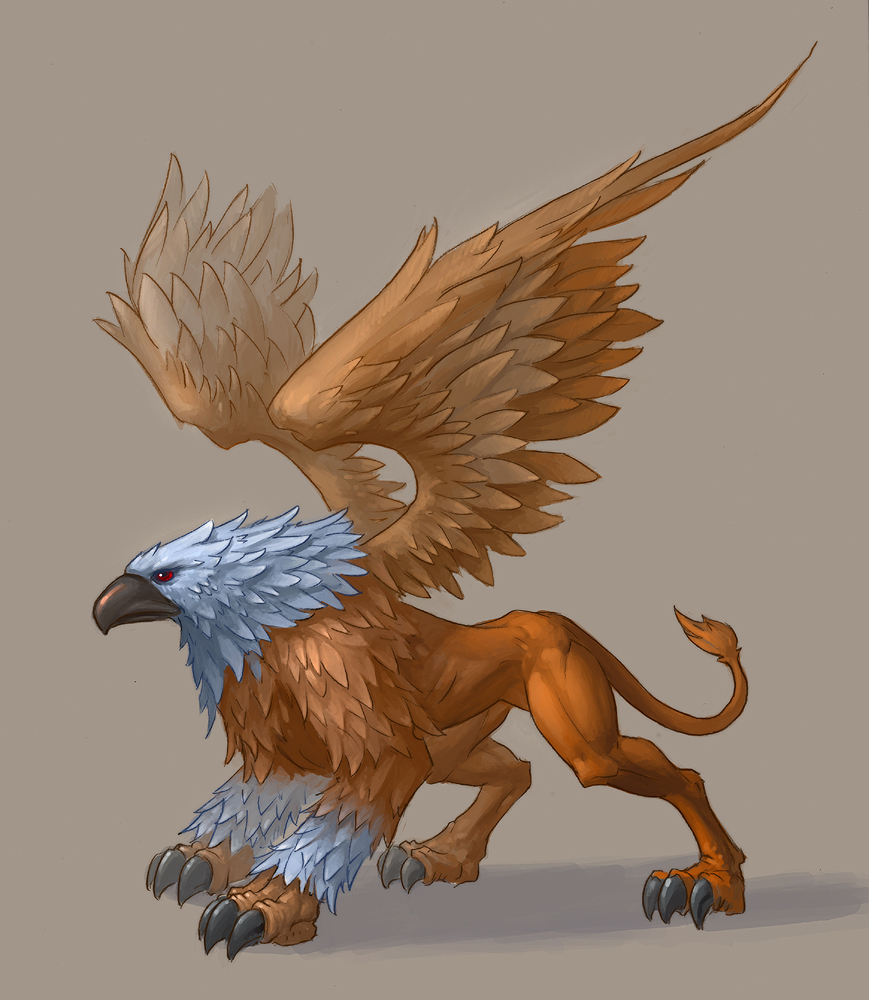 The Scythians would use the Griffin to scare off enemies, letting it be known that their treasure is guarded by a Griffin and if you invade, the Griffin will eat you, etc. An ingenious defense strategy, and evidence has been mounting that the steppe horsemen-warrior cultures (Scythians, Mongols, etc) had griffin encounters for real, it’s just that the griffins seen were very complete Protoceratops fossils. Griffins were really dinosaurs.

“…as early as the 7th century bc the Greeks had contact with nomadic cultures in central Asia. Written accounts at this time include descriptions of the Griffin (or Gryphon): a creature that reputedly hoarded and jealously guarded gold; it was wolf-sized with a beak, four legs, and sharp claws on its feet. Furthermore, Near East art of at least 3000 BC depicts Griffin-like creatures, as does that of the Mycenaean. The Griffin myth arose in Mongolia/north-west China, in association with the ancient caravan routes and gold prospecting in the Tienshan and Altai Mountains. This part of the world (we now know) has a very rich fossil heritage and is notable for the abundance of well-preserved dinosaur skeletons; they are remarkably easy to find because their white fossil bones stand out clearly against the soft, red sandstones in which they are buried. Of even greater interest is the fact that the most abundant of the dinosaurs preserved in these sandstones is Protoceratops, which are approximately wolf-sized, and have a prominent hooked beak and four legs terminated by sharp-clawed toes. Their skulls also bear strikingly upswept bony frills, which might easily be the origin of the wing-like structures that are often depicted in Griffin imagery. …it would appear to be highly probable that Griffins owe their origin to genuine observations of dinosaur skeletons made by nomadic travelers through Mongolia; they demonstrate an uncanny link between exotic mythological beasts and the real world of dinosaurs.”

Griffin-looking dinosaur skulls (pictured here) have been laying around in the heart of what was Scythian territory. Read more about this at the American Museum of Natural History: Griffin Bones. The Scythians would have seen these skulls and, understandably, assumed beasts of this nature were nearby, or maybe just thought it was great propaganda material to scare enemies.

The griffin was based on a real creature!

And new discoveries are happening every day.

I’ve elevated this post to part 1 of 4 in my D-cember: Dino-cember! series.
For the other posts in the series go to:
Part 2: Tananim Gedolim: “great reptiles,” the dinosaurs in the Torah (somewhat controversial)

Part 3: Brontosaurus, you shan’t be forgotten